Any recommendations for a high end EPIRB ?

never really heard anyone complain about being dissatisfied with an EPIRBs quality. I think they all have to meet pretty high standards for obvious reasons. ACR definitely seems to be the go to brand. I’d definitely try and go for one of the new ones that have a 10 year battery

ACR also owns Ocean Signal which makes the EPIRB1 in Cat II. a Cat I version of that is coming out shortly. Also 10 year battery.

Either would be a good choice, just depends if you need Cat I or II

I just got this one with the AIS feature: 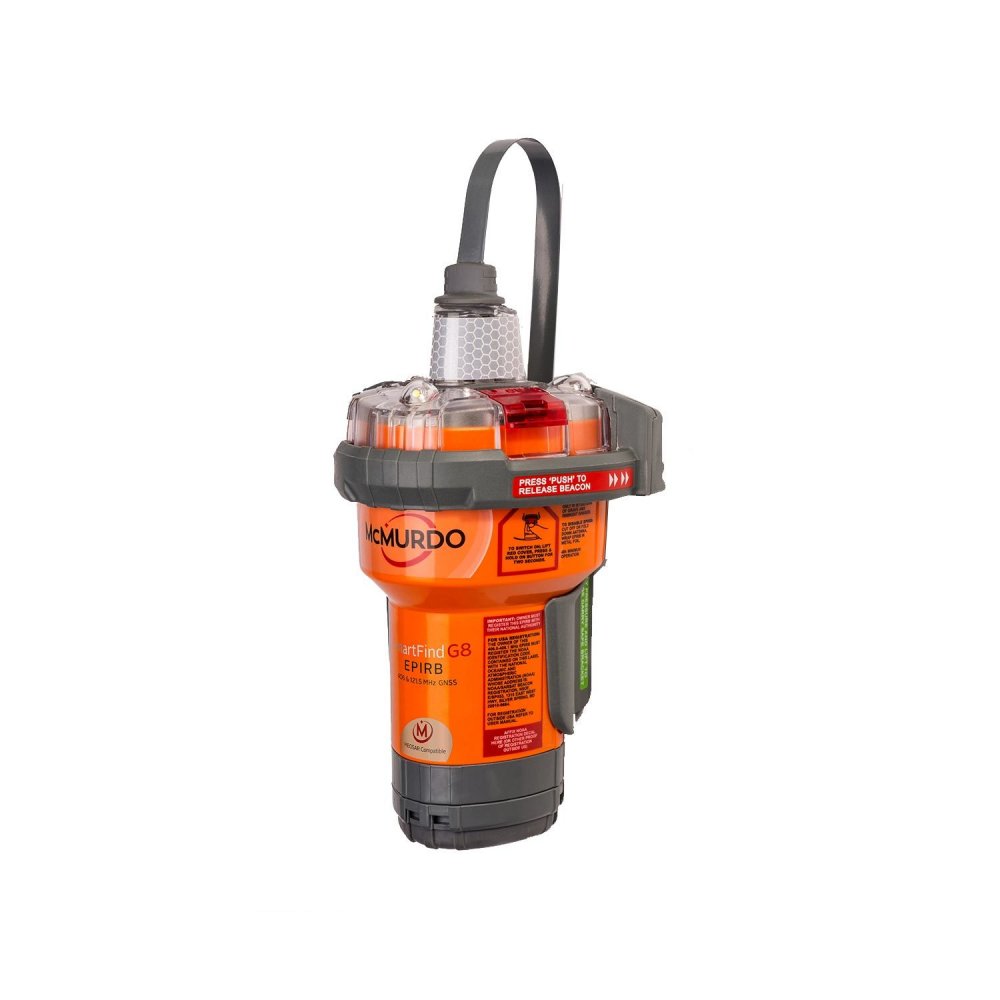 Those new McMurdo are pretty slick.... Just cost a few bucks more and depends what you are after. Build quality is a bit different in my opinion, but good to have options.

Full disclosure I rep ACR, so let me know if you have any specific questions.

I got that ACR with the 10 year battery this year after @CCtuna mentioned it in another post. Seemed like a no brained at $450 vs the cost to have batteries redone on my other one.

The past few years we've used the ACR GlobalFix V4 EPIRB, which has a 10 year user replaceable battery has been awesome especially considering the price which is almost 50% less than what previous generations have cost. GlobalFIX V4 EPIRB GPS Emergency Positioning Indicating Radio Beacon |

That said, I will admit that the Orolia McMurdo G8 w/ AIS that Blitzen mentioned is in a different category, as AIS on an EPIRB is absolutely incredible concept as it's like having an AIS SART Unit added to an EPIRB, even though it only transmits at 1W. That said, most Class B transponders transmit at 2W. Obviously line of sight is a slight issue when an EPIRB is floating on the surface, but it's obviously an advantage. Yes, the unit costs more, especially the CAT 1 (the version in the white housing that pops open when submerged) so it's not as black and white when considering your choice, and the ACR's User Replaceable battery will save you around $300 if you have that unit for 10 years (or God Forbid, you need to use it although most people don't grab their EPIRB when being hoisted into a SAR helicopter.

Here's good review from my homie Ben Ellison, electronics editor for Power & Mtor Yacht, Soundings, Passagemaker, etc. as well as 'Panbo' the online marine electronics hub (a 37 Duffy owner up in Camden ME who reviews all electronics without bias) with plenty of links to help understand the nature in which that McMurdo unit came to be and how it functions. Also, I HIGHLY recommend reading the comments on this and all of his posts, as you'll see comments from very educated end users, dealers, AND manufacturers, many times updating information as time and testing goes on.

Let's first note that McMurdo's trailblazing SmartFind G8 AIS EPIRB still awaits FCC approval and probably won't be for sale in the U.S. until spring (along with its more conventional E8 and G8 siblings). But McMurdo has definitely developed this useful combination of local and global rescue...
www.panbo.com

Blitzen said:
I just got this one with the AIS feature: View attachment 82568
Click to expand...

Based on the amount of AIS traffic I see on my plotter, that's an outstanding idea. That distress alarm will wake dead.