Pretty popular auto pilot
Who’s got it and more specific do you have it interfaced with your chart plotter ? 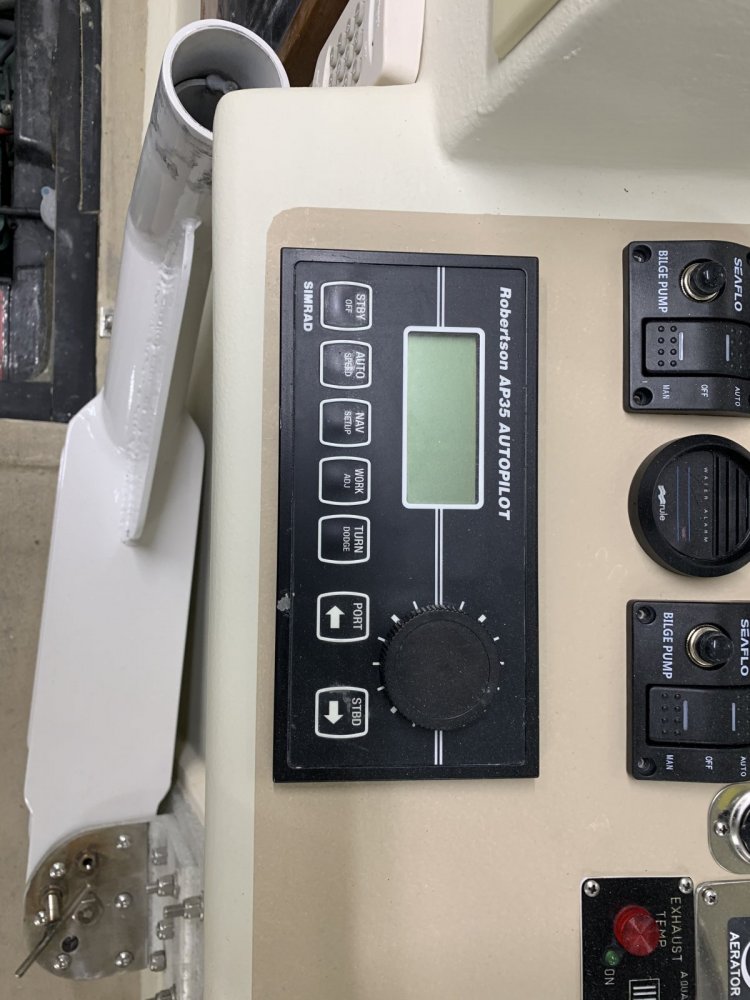 Merlin has one but it is Crispy and I want to replace it. I have talked with Wharf Rat about replacing with the same one while upgrading the Furuno stuff when time comes so I feel comfortable saying yes it can integrate the but likely ease depends on the controller you have and its NEMA protocol.
BTW when you can find one for sale folks are usually pretty fond of them.
Give Wharf Rat a shout. He would likely love to talk to you about electronics given his location and situation.
Good luck.
K

Hi Ronnie,
Yes I had one on my 38’ Duffy. Worked very well. Interfaced with my chart plotter via Nema 0183 interface. It’s a great AP!! What compass do you have it interfaced with? Feel free to PM me and I can give you me cell phone number to talk live if you’d like.
Bob

Ronnie, I can give you a hand with the interfacing if needed. I had mine interfaced to a Northstart plotter. Shoot me a pm if you like and I’ll give you my cell and we can talk live.
Bob

Kirby said:
Hi Ronnie,
Yes I had one on my 38’ Duffy. Worked very well. Interfaced with my chart plotter via Nema 0183 interface. It’s a great AP!! What compass do you have it interfaced with? Feel free to PM me and I can give you me cell phone number to talk live if you’d like.
Bob
Click to expand...

Greatest autopilot of ALL TIME!

For anyone who runs into this in the future, below is the terminal board layout with the NMEA0183 input's and output's highlighted. All you have to do is connect the NMEA0183 output form a GPS/Chartplotter to the one of the INPUT ports on the Simrad J3xx course computer/J-Box. From the plotter, you will most cases have to enable certain NMEA output sentences to send the Nav data across the network; all plotters are unique with what sentences they may have available, but if you see any of the below sentences on your unit, turn these ON.

You may have to go into the AP to setup the Interface/Source selection for the NAV source, for which the process can be found starting on page 75 of the manual - https://imistorage.blob.core.windows.net/imidocs/26681p002 autopilot ap35 - handbokl.pdf

IMPORTANT TIP! While it's not in any of the manuals, before you select a source or press NAV to see if it automatically see's a waypoint, you need to zoom out on the plotter and create an active waypoint (Use a GO TO Cursor/Waypoint/QuickPoint, as long a it's 5nm away. For some reason, certain SW revisions wouldn't recognize the source during the initial config if it didn't see those data sentences coming in and creating a GO TO 5 miles away will do the job every time to jog the system. 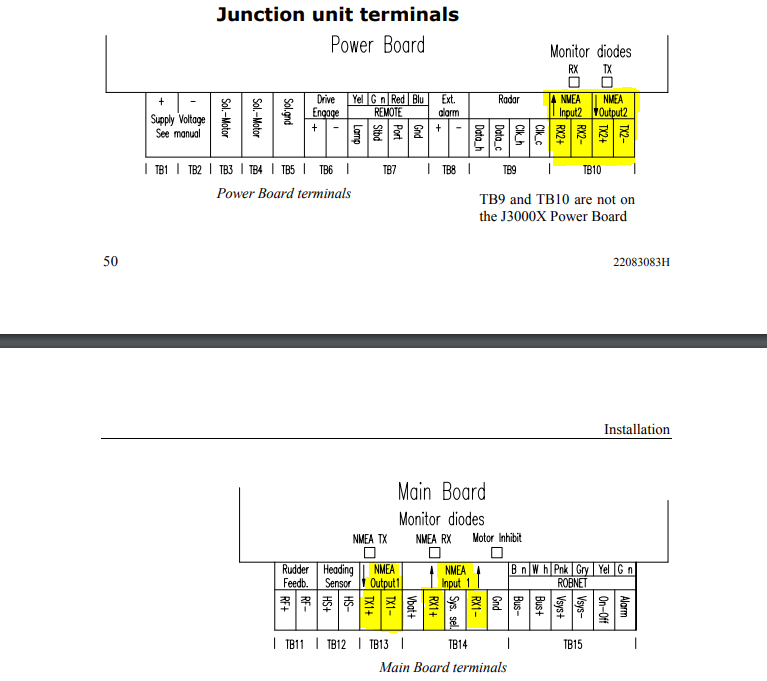 NEMA 183 interface. Their not difficult to set up. You can also try the Simrad customer support line, They helped me troubleshoot an older unit over the phone.
W

I have AP22 hooked up to a j3000x computer. I attempted to interface with my Simrad evo3 units using a NMEA 0183 adapter but after the run around from simrad tech support was told the J300 is old technology and doesn't talk in the same code.

Does anyone know if this is true? Anyone successfully interfaced the j3000x with evo3? Or am I wasting my time?

The J300x and J3000x should be able to interface without an issue via NMEA0183. Biggest problem other than the wiring being incorrect usually is not enabling NMEA output from the EVO3 which for some reason isn't done in default.

Keep in mind I'm doing this by memory right now so forgive me if I totally fuck it up.

First, you have to go to the main home page of the Evo3; on the left hand side, scroll down to NETWORK

Once there, on the right hand white area, you'll see NMEA0183 at the bottom; tap it, and you need to check the box that says 'SERIAL OUTPUT' Make sure the speed is set the default 4,800 baud, and if you want to double check the sentences being sent out, and make sure the sentences mentioned above are checked off - APB, BOD, BWC, BWR, GLL, HSC, VHW, VTG, RMB, RMC, WPL, & XTE.

I don't remember the exact order of operations on what you need to do on the AP22 to see that data as it's 'NAV' source, although I know it's part of the INTERFACE sub-menu. but again, you want to use the same trick which is to create an active 'GO TO' about 5 miles away on the EVO3 so it begins outputting that Nav data before going thru the AP22 interface. If you have already done some of those settings, go ahead and just try hitting NAV on the pilot to see if it prompts you with waypoint distance/bearing, and that shows up, there's nothing else you need to do.
W

Thank you that is awesome information. I will follow up when I get the chance to do this.